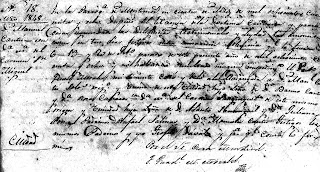 Improvements include the following changes:

At the bottom of the Tree page is a link that allows patrons to submit a GEDCOM file. This is not a permanent link but will reside on this page for now. This feature is a beta feature. FamilySearch will continue to refine this feature. All data that is submitted by patrons using this link will be preserved as part of the Tree database.

Here are a few of the details related to this new feature:

Family History Books
The Books search tab has changed. It now takes you to the new FamilySearch Books search, not to the BYU search database.

FamilySearch has created a top level region called "British Isles» that is viewable on the main page as well as in all results filters. Under this top level region a patron will find all the countries that apply to this geographic location (Ireland, Channel Islands, Isle of Mann, Scotland, Wales, Northern Ireland, and the United Kingdom).

FamilySearch has broken the previous "USA, Canada, Mexico" region into separate countries. This enables patrons to filter results down to the county level in each of these jurisdictions. It also simplifies the user experience by removing unnecessary choices and getting the user to a country level quicker. 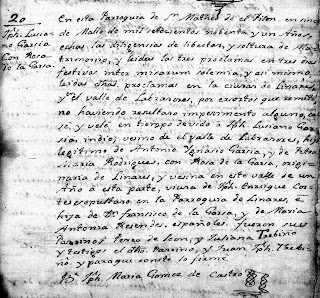 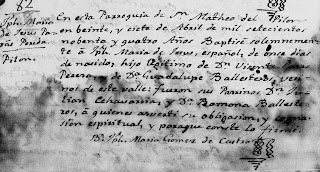 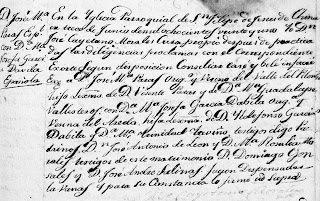 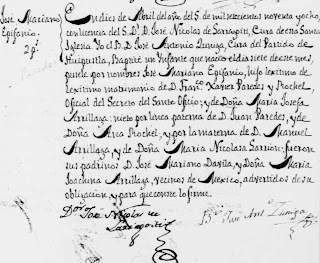 Another issue jammed full of information.  Thank you all for sharing.  I really look forward to the information that I receive.  The diversity of data is always exciting, providing new insight and/or trends.

For example from the book Trespassers on Our Own Land, I was shocked to read the amounts that the US government reduced some of the New Mexico community land grants.  La Petaca in 1878 was over 186,000 acres and was reduced to 1,392.
San Joaquin del Rio de Chama, surveyed in 1878 at 470,000 acres was reduced to 1,422 acres in 1901.  These were Spanish/Mexican land grants that were suppose to be honored under the 1848 Treaty of Guadalupe Hidalgo. [go to Books]

Wanda Garcia had to respond to an article that made a rather startling statement.
The writer said that the reason that Felix Longoria was not served by the city cemetery in Corpus Christi was because the Longoria family members were arguing among themselves!!!  How about that, for changing history. Go to Persistence of Black Legend in the issue and online to Longoria affair continues to be debated
by Elaine Ayala, San Antonio Express-News, January 23, 2012.

If you are looking for new and/or recommended genealogical resources, please check SomosPrimos' home page, we have updated it.  Don Garcia has compiled a an amazing collection of valuable websites. He worked on  gathering the information for three months.  Enjoy.

WITNESS TO HERITAGE
Mexican Parents in Barrio Write Letter to the Westminster Board of Education
Letter to the Westminster, CA  School District, SEPT. 8, 1944
The United States is not an Imperialist Country by Bill Bigelow
The Spanish Element in Our Nationality by Walt Whitman (1819–1892).
Time to speak out: First they ban the books by Armando Rendon

NATIONAL ISSUES
How plastic bottles can lighten up the darkness
Judge Judy is sending this Video to Congress
The Black Star Project
Defense department agrees to allow Muslim cadets to wear hijab
A New pipe line
It’s a shame that there are Latinos in this country that don’t speak Spanish.
Want to Support Latinos? Turn off your TV
National Institute for Latino Policy Tidbits, Jan 1, 2012
Ton of pot seized on boat; 10 held

BUSINESS
Hispanic Zip offers you a totally different way to market to Latinos
The Economic Impact of the Landscaping and Lawn Care Services
Keep your eye on Waukesha, Wisconsin

LATINO PATRIOTS
Military Writers Society of America
Roy Benavidez Medal of Honor Recipient
My Memories – Nick Eestavillo.
In Defense Of A Nation . . .
THE Marines Want This to Roll All over the U.S.
Honra a Nuestros Caidos / Honor Our Fallen Hispanic Heroes. 2011

FAMILY HISTORY
El Puerto Newspaper Recognized as Important Voice of the People
Browsing old newspapers
Do you know your neighbors? The Internet does.

DNA
Why am I the way I am? by Christopher Scott
South American and Mayan DNA discovered in Southern Appalachians DNA
Flexible adult stem cells, right there in your eye
Aboriginal Australians descend from the first humans to leave Africa

INDIGENOUS
ICWA story and an Indian child reunited with her biological father!
The Salt Creek Massacre

ARCHAELOGY
Easter Island . . . and we thought they were only heads and shoulders.
Once Hidden by Forest, Carvings in Land Attest to Amazon’s Lost World

CARIBBEAN/CUBA
Puerto Ricans to ABC: We are Not Drug Dealers!

PHILIPPINES
Harana in the Philippines, a Personal Experience
The Verbs in Spanish, their Unique Categorization, Dynamism of  Spanish
Bill to grant Congressional Gold Medal to troops who defended Bataan during WII War
Recommended websites

This notification is sent as a service.   If you prefer not to receive it, please let me know.  Mimi